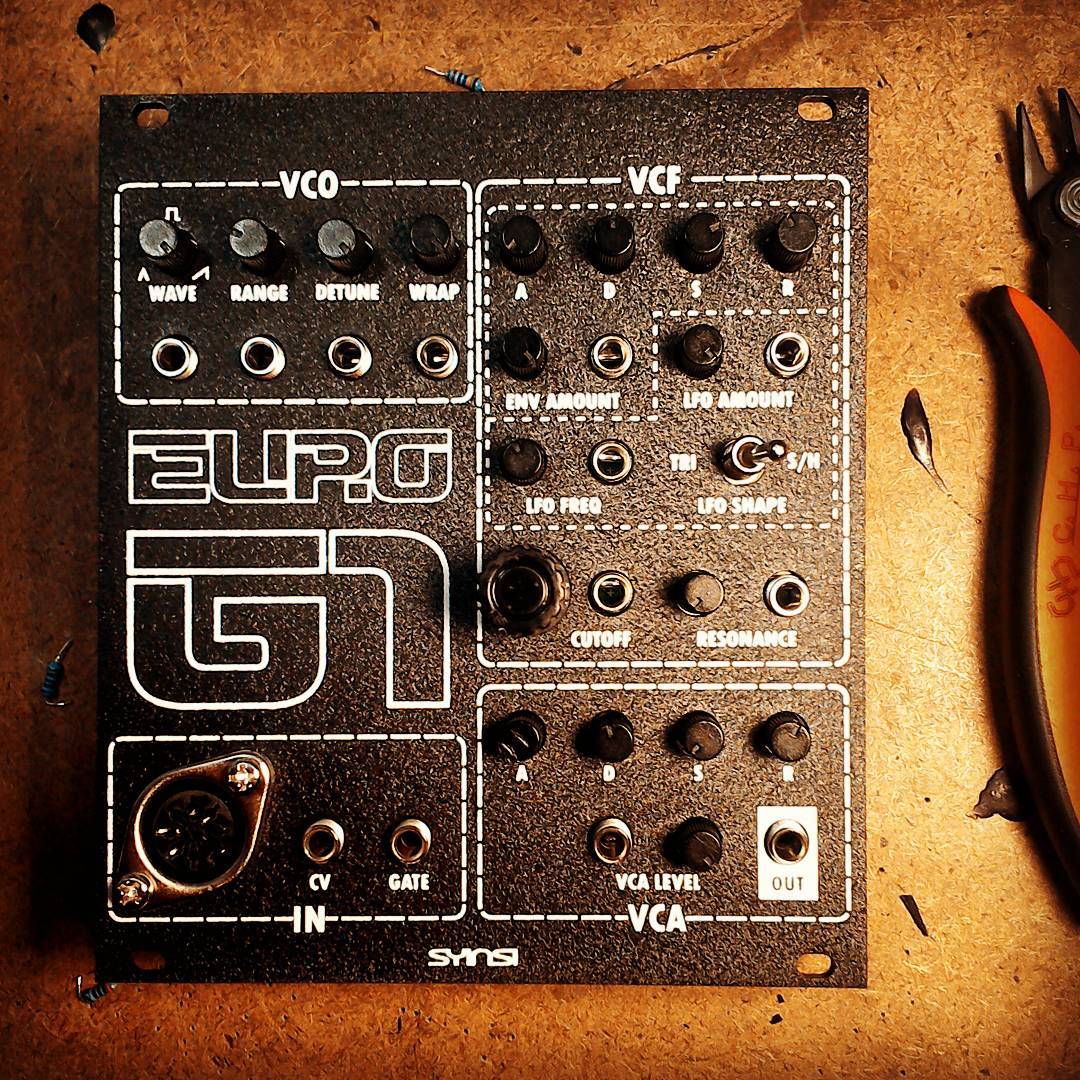 The DSP-G1 by DSP Synthesizers is an 8-pin Arm M0+ 32-bit microcontroller containing an analog-modelling synthesizer complete with LFO, 24db filter, VCA, and envelopes. The VCO mixes between three waveforms and has a nice detune for a very Roland Juno-ish sound. With the help of an Arduino Nano the idea for a DSP G1 Eurorack Synthesizer was eventually turned into the Euro-G1. 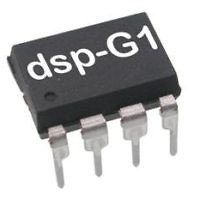 I was very surprised at how well everything turned out. The PCB had no show-stopper errors, the panel (a test for a script which autogenerated the CAD drawings from the PCB layout) was machined properly, and the DSP-G1 sounded very nice.

I was looking for a compact all-in-one module for testing and demoing modules like the PrOne Sequencer. Ideally it should have both MIDI and CV/gate inputs, CV control of some parameters, and didn’t need a lot of patching. The DSP-G1 IC made it easy to put together my own system that met these specs.

They key was this diagram: 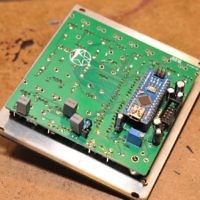 The DSP-G1 uses MIDI to control parameters, so all it needed was a microcontroller to read the knobs and jacks and spit out the appropriate MIDI controller message to the G1. I was able to squeeze each of the parameters onto the board for a true G1 Eurorack experience.

An Arduino Nano was used because this project was orginally intended to be a one-off, and had a bunch around. Using the Nano made it much easier to program and I was able to use the on-board 5V and 3.3V power regulators to power the rest of the PCB. The Arduino Nano is also selling for the same cost or less than a bare AtMega328p-pu — something I’m going to think about for future projects.

The PCB was sent out because it had too many vias and tiny traces for a toner PCB. 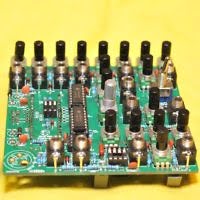 Then panels was not just a test in automating their manufacture, but also in being able to quickly design the graphics and create the silkscreen. Over the holidays I rebuilt the screenprinting setup and was able to get the screen exposed and graphics printed in the same day. I had 10 panels made expecting maybe one or two to come out right after a long and tedious struggle, but they all did in the first try.

How does it sound? Much better than I thought it would. The biggest limitation is that none of the controllers are high-resolution and as a result you can sometimes hear stepping or zipper noise. This is especially evident in the Waveform control at the beginning of the Triangle wave. The resonance control distorts badly at the highest setting, but it’s okay up to the 3/4 mark.