The CV Mixer crossfades between two CV, gate/trigger/clock, or audio signals. There is also an inverted output of the mixed signal. The circuit is built around four Opamp buffers, with one used to drive a bipolar LED to indicate signal polarity and level. 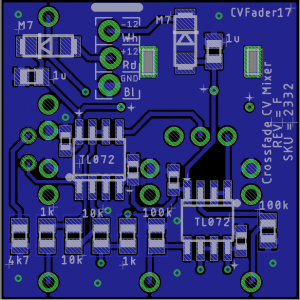 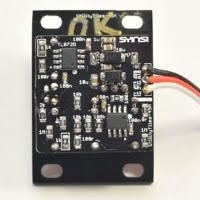 Clean PCB with isopropyl alcohol to remove any manufacturing residues.

Solder the surface mount devices, then the power tail. 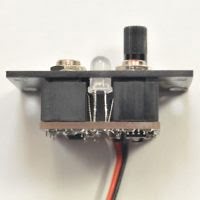 The LED sits tightly between the two right-most jacks. The outer ground pin of the jack should be pushed against the body to make room for the LED before soldering.

Check soldered connections for shorts, especially between the Opamp legs.

With a multimeter, check that there’s no shorts between the red, white, and black power leads.

Add another LFO and rotate the knob to check that it equally crossfades between the two channels. Check that the inverted output is inverted. 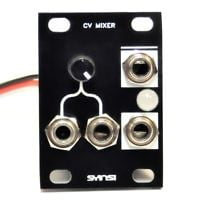