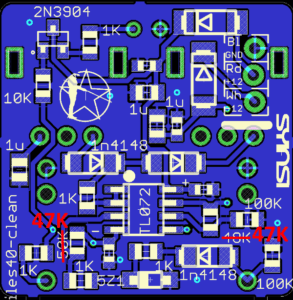 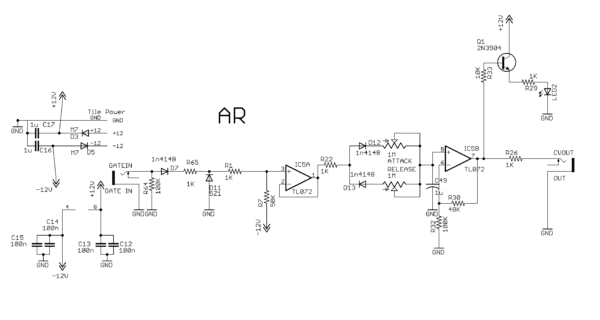 Later revisions have an integral Gate to Trigger converter (middle jack) that shortens a gate to about 10ms trigger and then uses that to generate the envelope. This is useful if the Gate signal is an entire note-length long to give the RELEASE control time to do something before the next note.

The latest revision (labelled Rev: D on PCB) uses A100K pots instead of A1M. This version uses two 10u 0805 capacitors instead of a single 1u capacitor. 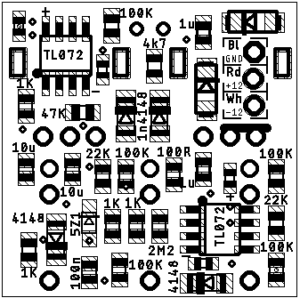 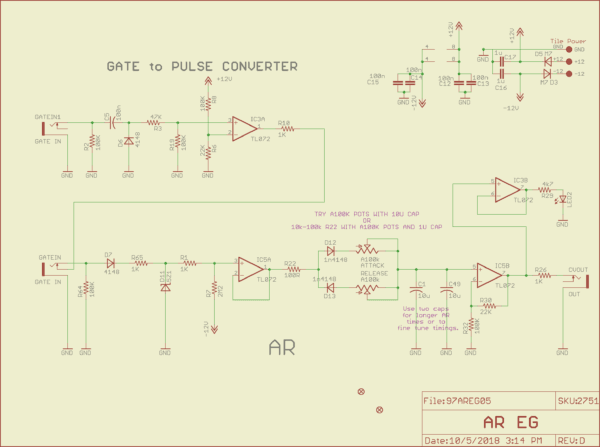 Whichever revision you have, use the components as labelled on the PCB (except the 48K/50K resistors as shown above).

Check that there’s no continuity between the both ends of each of the small 0603 capacitors, located near the OpAmp. If there’s continuity then check all of the soldered connections for shorts.

Plug the module in and test all functions. With the Attack control full left, and the Release control full right, the Envelope output should go to 5V at the start of a Gate input, then drop to 0V over several seconds when the GATE ends.

A long gate signal on the middle jack and the Attack and Release control turned full-left should result in a single pulse about 10 milliseconds long on the Envelope jack. Turning the Release right should result in the pulse slowly dropping back to 0V.