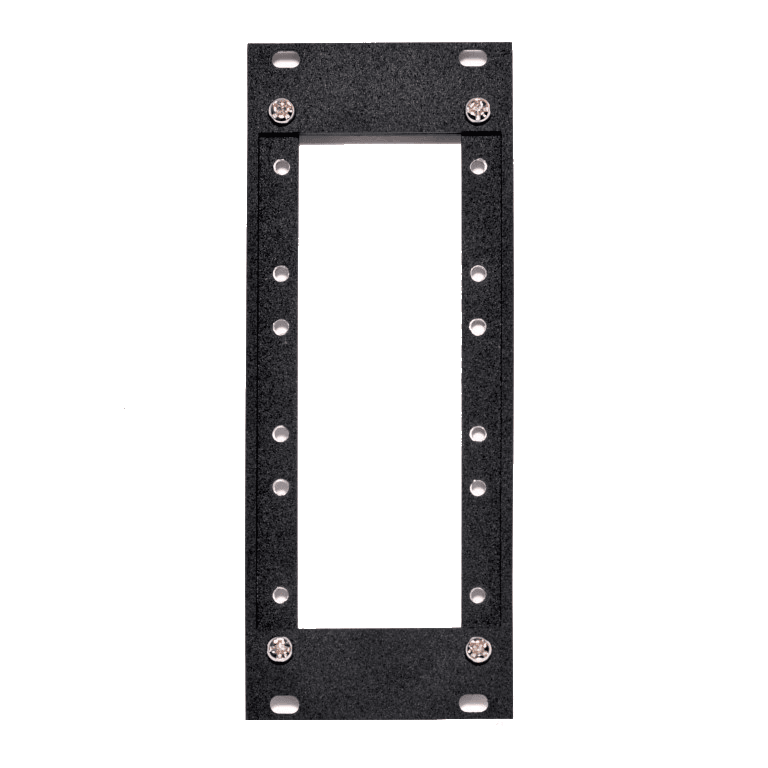 I wanted to add a few 1u tiles to a new rack, and after a bit of experimentation came up with this little 10hp 1u tile carrier eurorack adapter.

To fit the most tiles in the smallest space it was necessary to put them on the side. Only two vertical tiles would fit in a 3u space, and a lot of space would be wasted between the top and bottom tile. This arrangement would have allowed a smaller Eurorack module width, but double tiles couldn’t be used without vastly increasing hp. 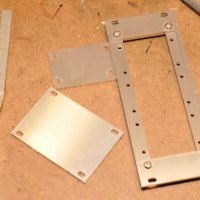 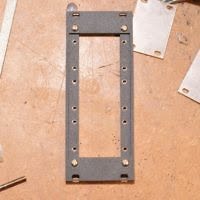 It holds three regular tiles, or one double-tile and one regular tile. It could even hold a triple-tile, but a regular Eurorack module that does the same function will likely take up less than 10hp. 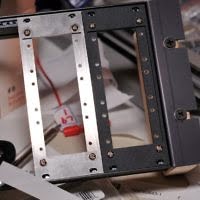 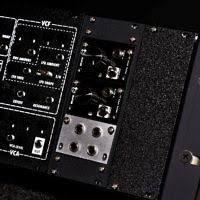 It’s machined from 2mm 5053 aluminum and powder-coated. The tile mounting holes are tapped for 3mm screws.

Aside: For this project I tried doing this a bit different. I had previously noticed that Cadsoft Eagle exports perfect DXF files (unlike almost every other non-Autodesk software package), so rewrote the Inkscape Eurorack Panel Designer extension for Cadsoft’s ULP scripting language. Thankfully ULPs are in C so the rewrite was fast and easy. I had been meaning to do this for a while in order to cut down the time laying out a PCB that interfaces with a panel, and designing the panel — but that’s another post. The 10hp DXF was imported into DraftSight and used as a base and template for adding the rest of the holes and cutouts. I also tried to do this with scripts, but this ended up being much too buggy and time consuming so it ended up being done half with scripts and half cut-n-paste from pre-calculated scripts so that all the parts are perfectly symmetrical. Why symmetrical? To reduce time and errors assembling the adapter by having no difference if the panels are assembled upside down or flipped in relation to each other.

Several are in the store.